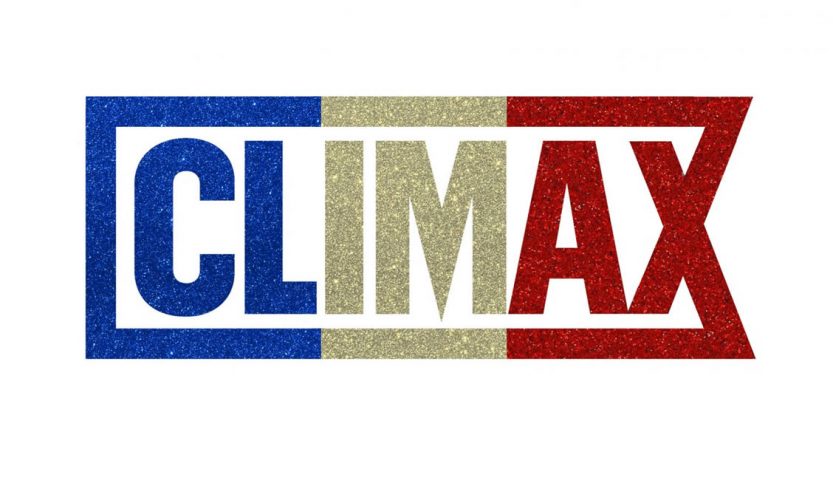 On April 17th, 2018, some cinematic websites announced the premiere of a new feature film by Gaspar Noé under the title of Climax. This announcement was later confirmed by Wild Bunch (Gaspar Noe’s distributor), as well as by Gaspar Noé himself on his official Instagram account.

Gaspar Noé’s Climax was premiered at the Directors’ Fortnight [La Quinzaine Des Réalisateurs] (a very prominent side program of Cannes Film Festival) on May 13. Climax was screened at 8:45 Paris time, and later in the even there will be a press conference to discuss it. On May 14, there will be another screening. 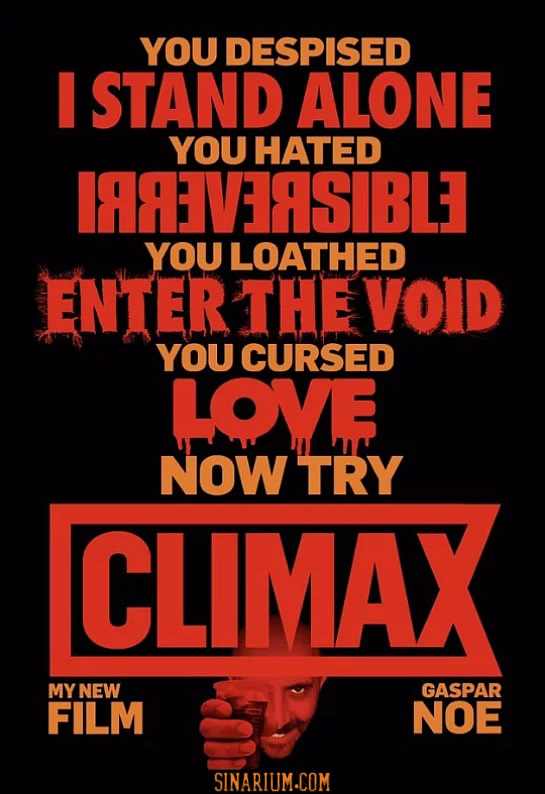 About 2 months ago, many websites announced the 5th feature film by Gaspar Noé to be named Psyché, and not to be released before this summer (I wrote an article about Psyché). But now, this unexpected news has changed everything. IndieWire claims Climax to be the new name of the very Psyché, and cites the very synopsis of Psyché for it.

On May 1st, Gaspar Noé published some photos with captions about Psyché and Climax, on his Instagram account. One of these photos is an illustration of the word “Psyché,” with a simple caption: “completion delayed to next winter“

completion delayed to next winter

This simple announcement clears things up. Now we know there are 2 different films. Climax was premiere on May 13th, at Directors’ Fortnight; while Psyché won’t be released until winter.

By the way, Gaspar Noé put the illustration that we made on his Instagram page. It made us so very proud!  😀  We made that illustration to introduce his new film on Sinarium.

What do we know about Gaspar Noé’s Climax?

Now that it is confirmed Climax and Psyché are two different films, we can talk specifically about Climax.

Wild Bunch has released a very short synopsis for Climax:

Birth and death are extraordinary experiences. Life is a fleeting pleasure.

Based on the information released in a presskit by Wildbunch in French, as well as Gaspar Noé’s interview with Arte Channel, we now know Climax is about modern dance, modern music, ecstasy, and hallucination on drugs.

As a matter of fact, it is safe to quote the very synopsis which was released for Psyché, here:

This synopsis leaves the question “if this is the synopsis of Climax, then what is the next film (Psyché) going to be about?” We can only wait for new information to be released.

Some stills and a trailer have just been released by Wild Bunch.

Watch below the original French trailer of Climax:

Some technical details have also been released on Directors’ Fortnight page for Gaspar Noé’s Climax. The runtime of his film is 1 hour and 35 minutes. Gaspar Noé has written the screenplay based on true events. He has also edited the film himself.

Climax has received very positive reviews from those critics (both male and female) who saw it at Directors’ Fortnight program. Eric Kohn from Indiewire described it as “possibly Noé’s best movie.” Emily Yoshida from Vulture titled her review “The Dance-Horror Film Climax Is the Best Thing Gaspar Noé Has Made in Ages.” She explained in her review “twenty minutes into Gaspar Noé’s Climax, I leaned over to my colleague, giddy with joy, and whispered, ‘He has to do so much at this point for me to hate this movie.'” Peter Bradshaw from The Guardian wrote, “Noé is giving us a cinema of sensual outrageousness and excess that makes other films look middleaged and tame.”

Critics liked the way the intensity of the film increases with beautiful dance movement of the dance troupe in an isolated place in the middle of a jungle and reaches its climax as the troupe members drink from a sangria wine bowl mixed with LSD. They also liked the acrobatic twirling camera movement that we had earlier seen in Noé’s previous films, most notably Irreversible (albeit without getting nausea or having to escape from the theater hall!) They also described Climax as a film that, despite its frightful scenes of hallucination in its latter part, is a film to rejoice and cherish life and being alive.

What can we guess about Gaspar Noé’s Climax?

Climax has just been screened at the Directors’ Fortnight, and we still have to wait until the press conference is held in the evening, and critics who watched the film write their reviews about it. Climax won’t be publically released until September 19, 2018, though. But still, there are things that we can discuss.

Another issue with the name of this film is that, although Climax is used in French with the same meaning, it is basically an English loanword. Obviously, Gaspar Noé could have chosen a more Fench name for a French-speaking film.

+ Read about other films being screened at Cannes 2018. 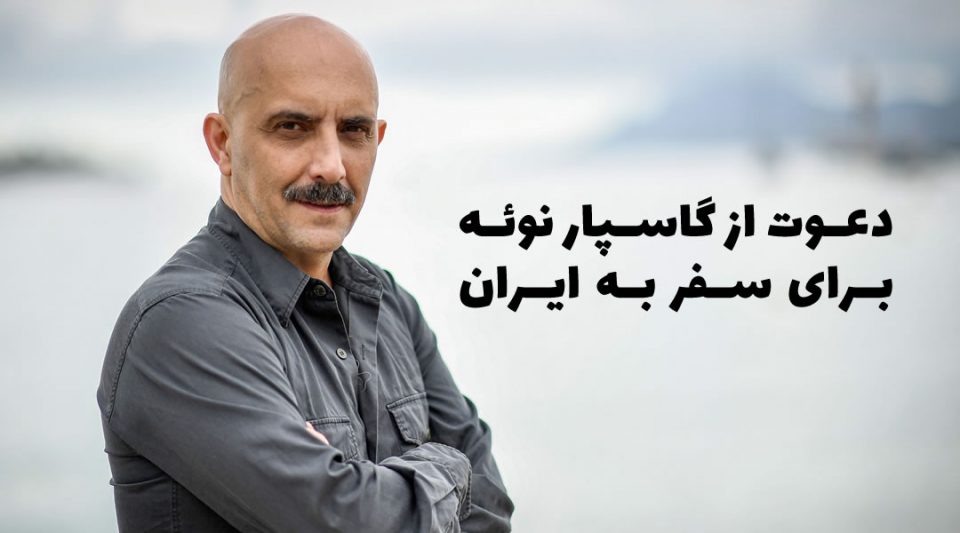