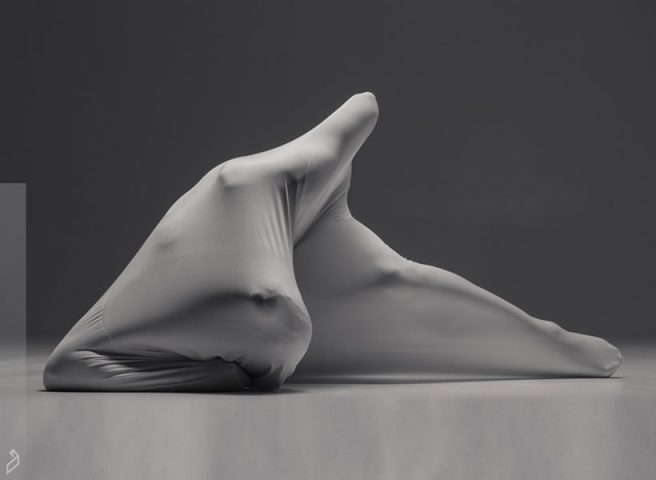 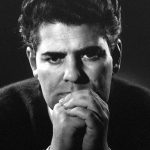 A Poem by Ahmad Shamlou

I Can’t Not Be Beautiful by Ahmad Shamlou

I can’t not be beautiful,

Not be a coquetry in an endless repeat.

that an untimely spring adorns my footsteps:

In the world around me

harvests the bareness of soul

and the fearfulness of lead

from its graceful gait.

that Allah-o-Akbar (god is great)

is a helpless description

that you make of me.

I’m a poison without remedy before you.

If the world is beautiful

it is to flatter my presence._

not your rival am I

Narration of I Can’t Not Be Beautiful by Ahmad Shamlou

Listen to the narration of I Can’t Not Be Beautiful:

Ahmad Shamlou wrote this poem 4 or 5 years after the Iranian revolution, during the time of inquisition and Islamisation by the government, which is called “the cultural revolution.” It was during this so-called cultural revolution that many people were imprisoned, executed, exiled, lost their jobs, etc. because they were labeled as undesirable or against the Islamic moral rules (also known as sharia). And of course, it was during this time that the Islamic veil (hijab) was forced upon every woman in Iran. I repeat: it was FORCED.

The government and the Islamists regarded women as voluptuous objects who would seduce men wherever they go, and thus had to be kept hidden under the veil. Therefore, in a short time, they forced the hijab on every woman. This cartoon from Persepolis by Marjan Satrapi best displays the atmosphere of the era: 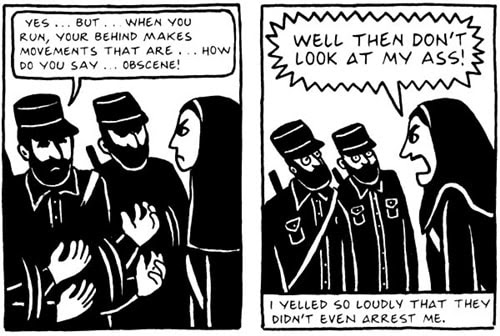 From Persepolis by Marjan Satrapi

Anyhow, when an Iranian reads this poem, they have no problem understanding and feeling it. But, there are one or two elements that non-Iranians might not catch.

Firstly, “Allah-o-Akbar” meaning god is great is obviously a religious chant that Muslims repeat all the time, in different situations. One of these situations is when a fulcked up religious person sees a beautiful woman, and in order to avoid being turned on, he mumbles “Allah-o-Akbar”, which means “god help me not get a boner;” “or how arrogantly beautiful you are, alas god has forbidden me from raping you without saying the proper Islamic verses to get the godly permission to penetrate you, and here on the street in broad daylight is not the best place to rape.” I know the last one needs an interpretation of itself, but I leave that to you to decipher and understand.

Now that you know this background story, the mystery is solved.

Another part that might cause confusion is these few lines:

harvests the bareness of soul“

This is actually a literary issue _and not a cultural misunderstanding; which means, even Iranians might not understand it. But because I especially like this part of the poem I want to explain it.

Shamlou possibly meant that you may shed my blood, but you cannot take down my soul. Or he could as well mean if you can see my flesh/body it doesn’t mean that you can as well see my bare soul. In other words, you may see a woman naked, but that doesn’t mean she is a whore.

Below, you can read the original poem in Persian. And if you like you can listen to my narration of it, this time in Persian. 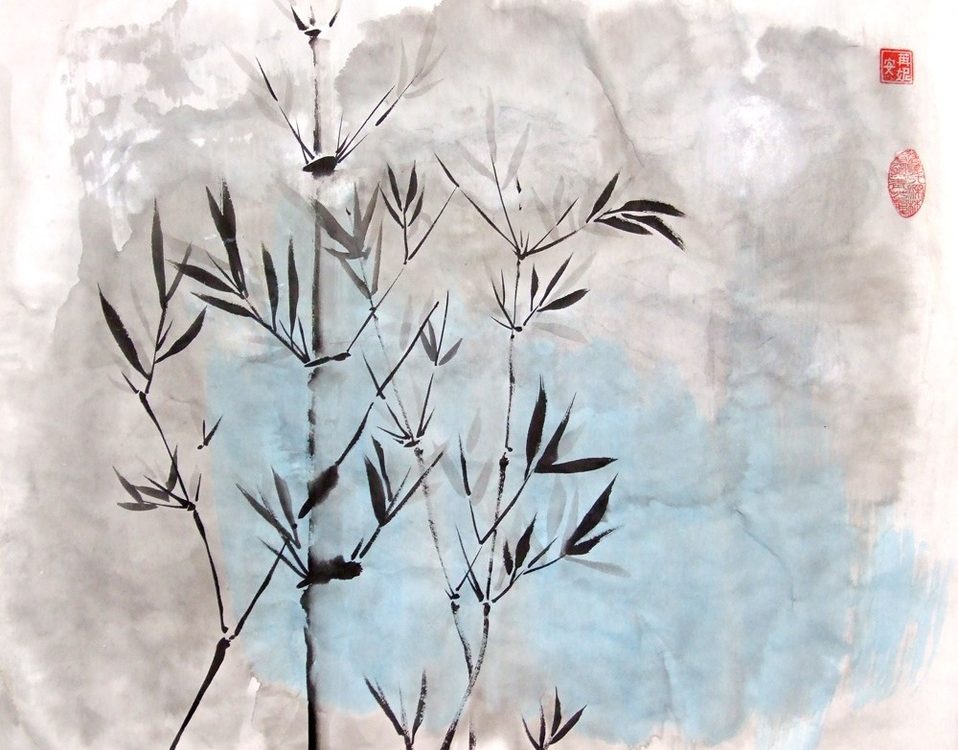 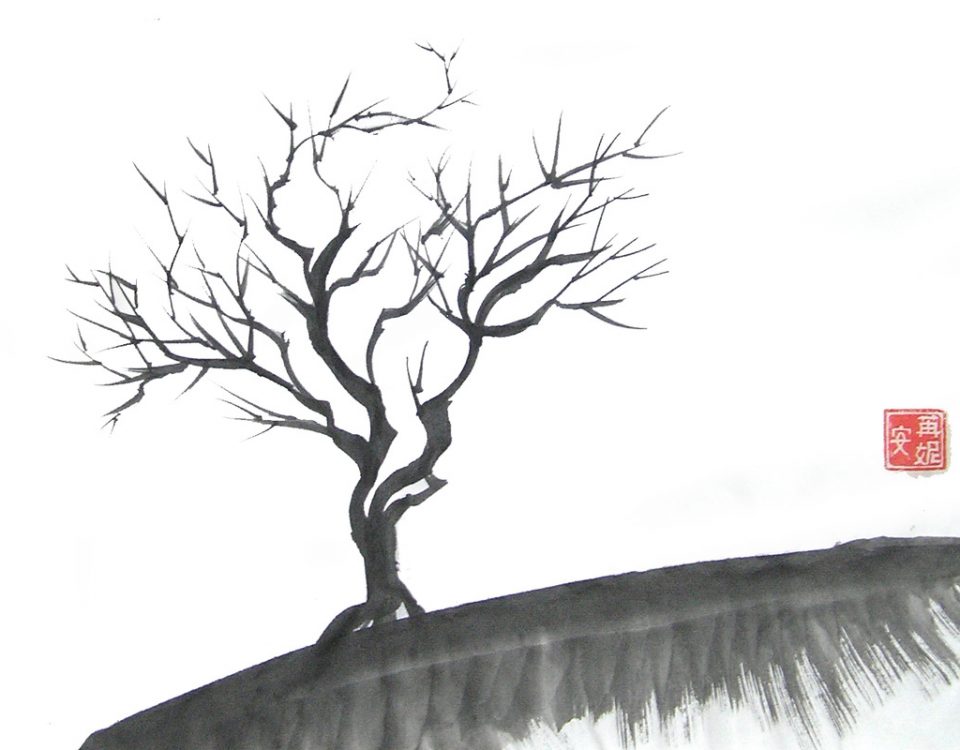 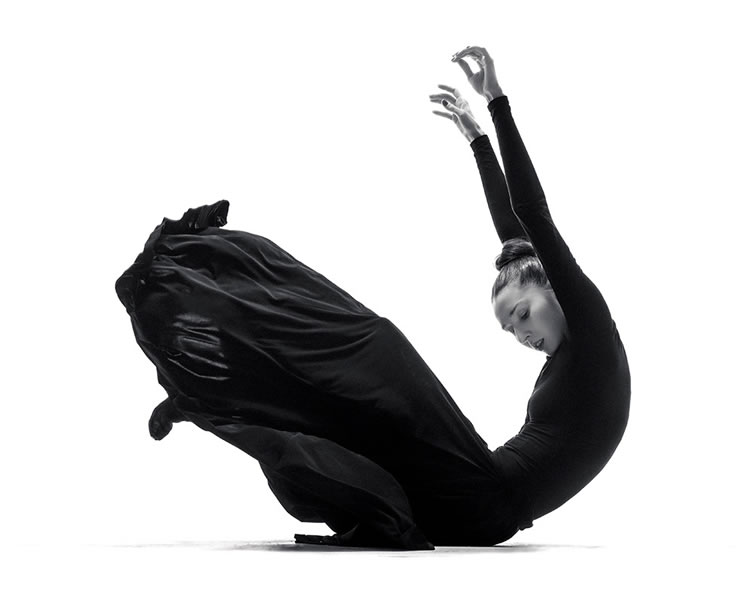 The Sorrowful Song of Three Sagas by Ahmad Shamlou